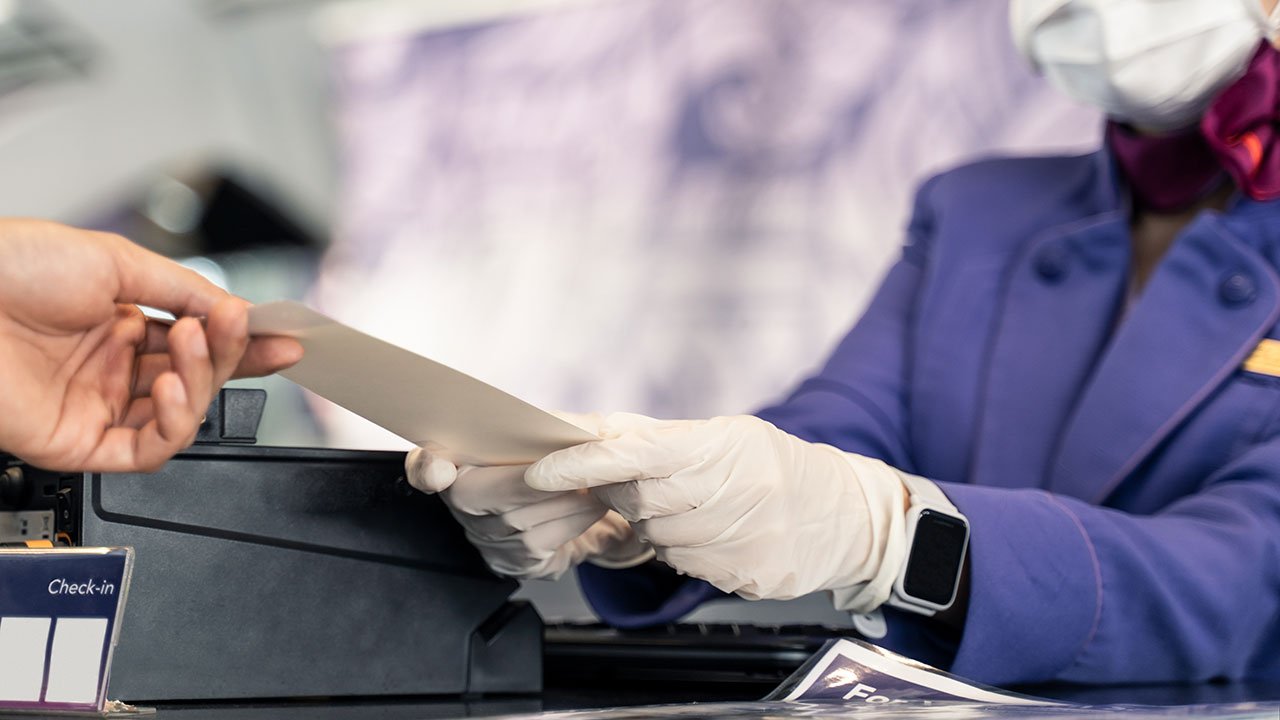 The midwest was experiencing the beginning of a 2-week “ice age” with everything covered in ice and snow, and the night temps dropping as low as -4 F on the ranch. A highway drive the previous morning on black ice – with countless vehicles spun out into the ditches on both sides of the road – led me to leave early to the airport.   However, with the roads cleared, I arrived at TUL uncharacteristically 2.5 hours early for my flight.
My longtime buddy Mike was already in the air headed for our meet-up at DFW.  As I checked in for my first of three flights, I gave my negative China Virus test results to the ticket agent. She prepared my boarding pass but continued typing with on-mission determination. Then she placed a phone call. After hanging up, she reluctantly told me that the type of test I had taken is not acceptable for entrance into Haiti. She had called and confirmed it with the agent at MIA, our point of international departure. At that moment, it occurred to me that Mike had also taken the same test. Now what?
The diligence of this excellent agent had identified a high hurdle we would have to clear but had no idea how. She informed me there is a testing lab right there in the Tulsa airport. So, I headed upstairs, paid, took the needed test, and had my results in 15 minutes. Whew. But now, Mike.
I had only a 40-min layover in Dallas as it was, but when my flight left 35 minutes late, it looked like I, let alone my luggage, was not going to make the connection to Miami with Mike. The short 45-min flight felt like three hours as the minutes ticked in slomo. The moment the wheels touched, only 8 minutes before they close the door on the next flight, I texted Mike and asked him to convince the gate agent to hold the door. I was seated in the first row, so when the plane door opened, I grabbed my roller and hurried up the jetway, knowing I had less than 5 minutes to traverse 27 gates.
As I breathlessly approached Gate 4, I saw my 6’ 2” buddy standing at the door engaging the agent. “Mike!”  I swept up, presented my boarding pass, and entered the jetway, followed by Mike, and the thud of the closed security door. Seated, we began discussing our options. I now had the right test, but Mike, as it stood, would be refused. 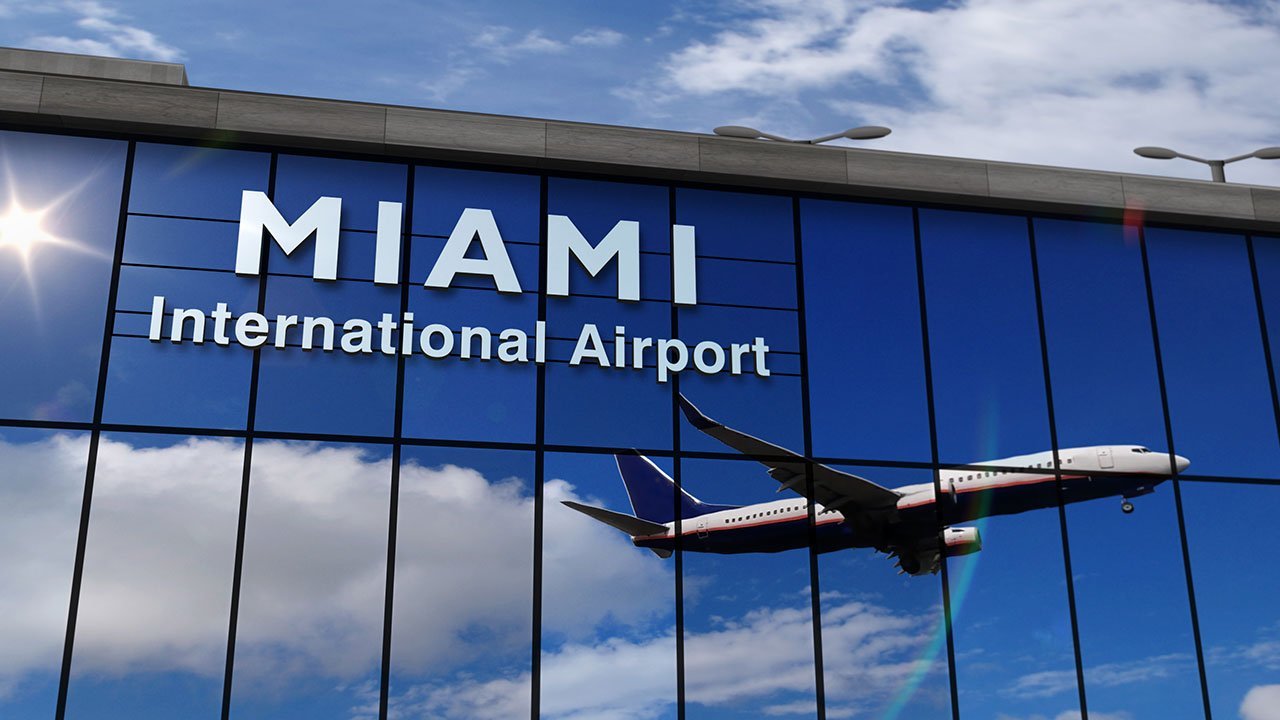 As I spotted my suitcase on the MIA carousel, I was amazed that it had been successfully transferred during my minuscule Dallas dash. What a gift! Mike and I sat in a quiet corner of the airport with a flurry of fingers entreating DuckDuckGo to bring us an immediate solution to our Covid quandary. Although we prayed as we began, in retrospect, we still worked fervently in our own strength.  One testing location was for residents only, another for low-income. Most others were closed and wouldn’t reopen until 9 AM, too late to make our flight.
I remembered being told by a friend that there is a lab in the Ft. Lauderdale airport, 2 hours away, so I began looking for a rental car. Oddly, the agencies that weren’t already sold out were freakishly too expensive for our non-profit budget. 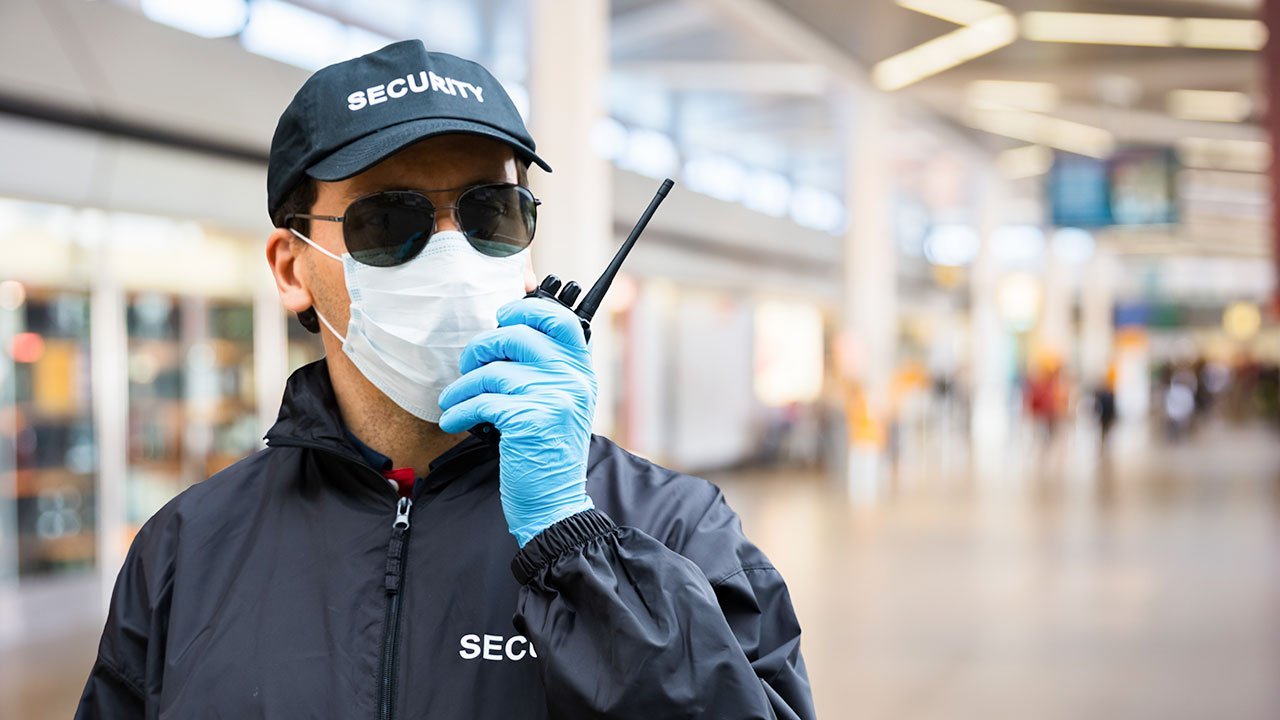 Having exhausted our online efforts, we surrendered to the idea that we would have to get up early and see what we could find. Mike stood to make one last round of asking for assistance. As he headed off, I leaned back having come to the realization that once again, as was my tendency, I was leaning on my own understanding.

That previous Sunday in church, the message was on surrendering to God. And two days later I had already slid back. “Lord, I’m sorry. I surrender. Your will be done.”  Mike texted me, “I might have a solution.” Minutes later, Mike strolled back saying he said that he had asked several people for a testing option, but no one could help.

The last person he asked was a security guard, who like the others, turned him away. But as Mike walked away, the guard said, “Wait, I know a guy”. Mike spun as the guard pulled a business card out from a guy he just happened to have met a week before, an ER nurse who also works with a mobile medical service. Mike texted him and, praise God, got a tentatively positive response. 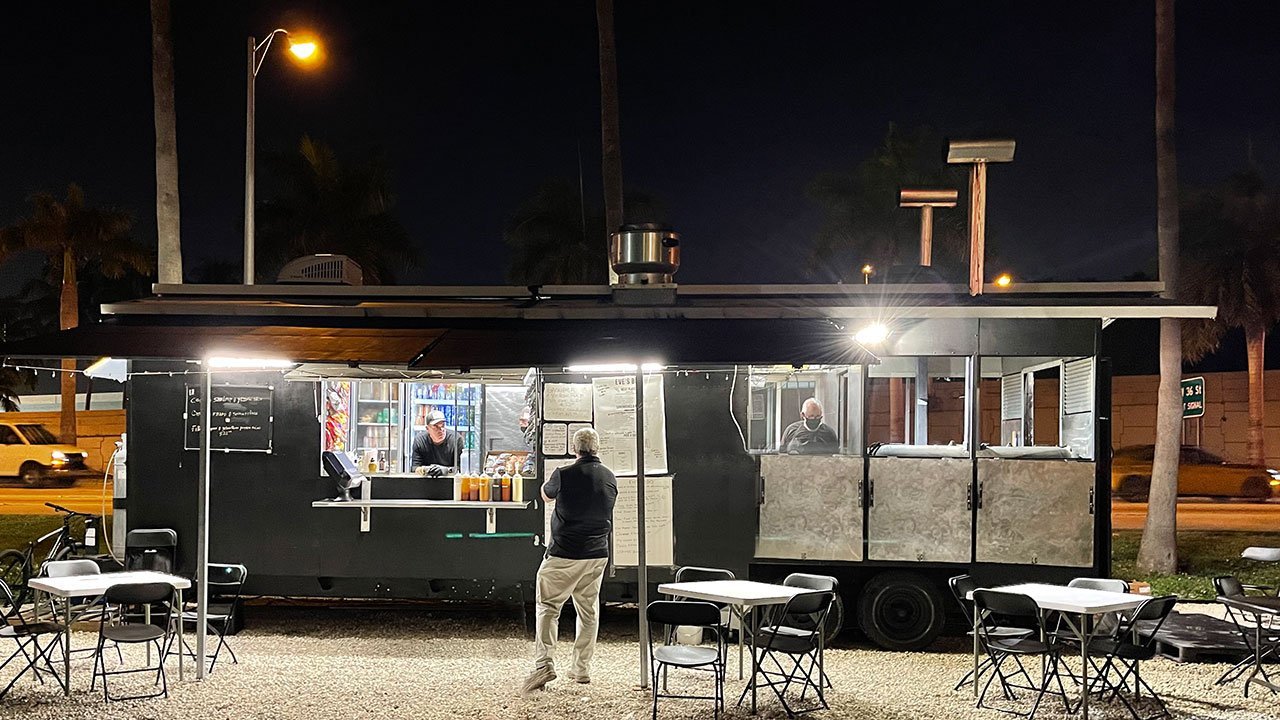 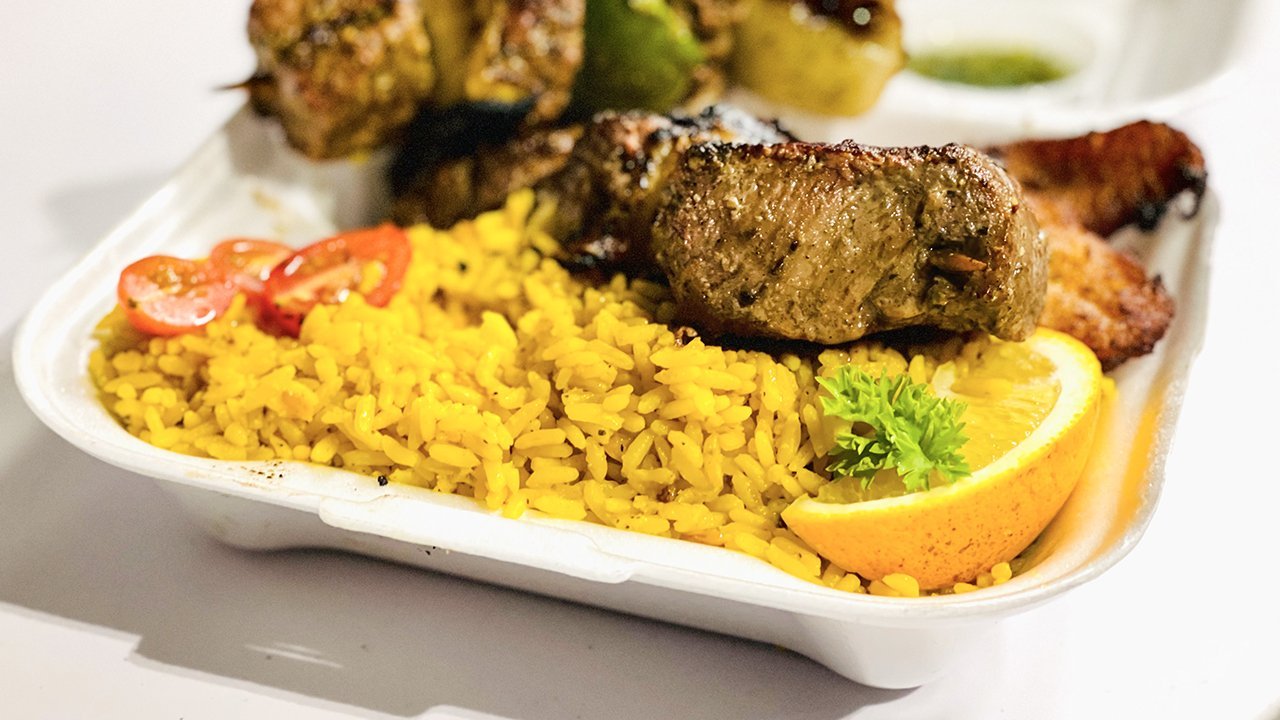 After checking into our hotel, we found a nearby food truck to grab some dinner. As we sat blessed by the most delicious Cuban food we’d ever had, we conversed with the owner of the truck, a man who bore an amazing resemblance to Antonio Banderas. Pandemic income? I’m just sayin’. As we reveled in culinary delight, a text came in from our “guy”. Arrangements made, we exhaled deeply with some Cuban coffee and Flan.  Once we surrendered, God revealed a way, His way. And He did not do the bare minimum. He surprised us, blessed us, treated us, uplifted us, and gave us rest. 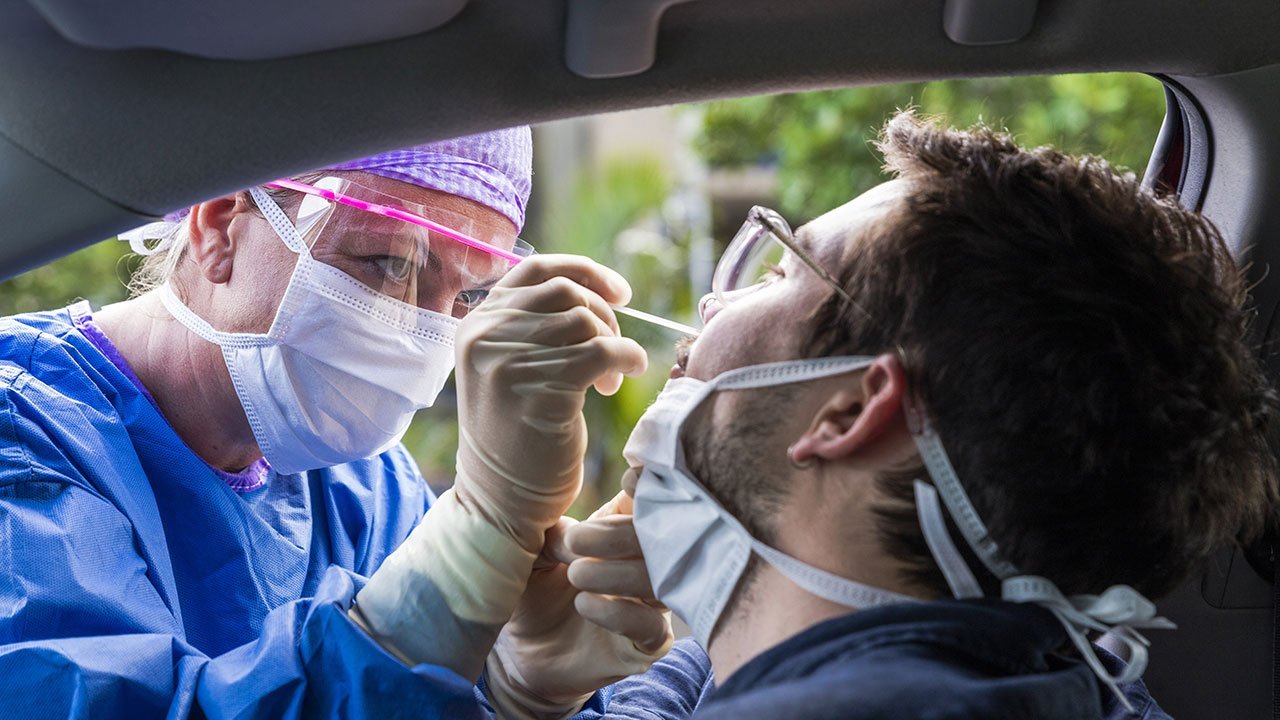 The next morning, our guy came to the hotel, administered the test, and emailed the results. By 9:00 AM, we were rested, tested, and Lyfted back to the airport. That night in the airport, we had no idea how the expression, “I know a guy” would come to be revealed as the theme of the trip. The rest of the week, we were reminded that because we know a Guy – THE GUY – where things appeared impossible, we were repeatedly shown that with God, all things are possible.

So, how has HE been working in your life recently? Let us know in the comments below.

How can I help you?